Don't miss this...if not for yourself, for other Angel Parents you know...

Free eBook for Babylost Parents: Remembering Your Child | Still Standing Magazine
Posted by mysharona76 at 8:24 AM No comments: 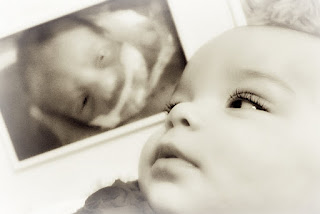 I love it when others enjoy or connect with my writing, it makes it easier to share with others so they can enjoy and/or connect with it.  :)
Posted by mysharona76 at 9:29 AM No comments: 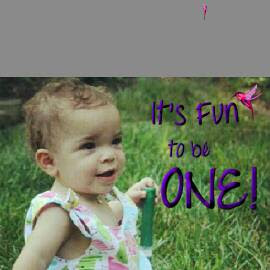 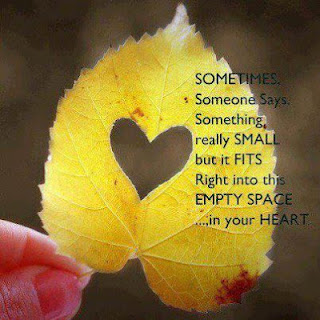 I started today in a bad emotional state after seeing a father share his child loss on national TV.  I reached out on Facebook who walks her own journey through grieving a child.  The conversation was powerful and made me feel better through purging details and emotions suppressed in the undertow of life, not that they were purposely suppressed, just overrun by the blessings of life.  I am thankful to my friend for her time and care, I have deleted her specific details and picture for her privacy.

I ended a big happy weekend last night by relaxing on the couch watching TV with my husband.  I was about to drift off into an early bedtime when Secret Millionaire came on tickling my curiosity.  The show takes successful professionals who make a lot of money and connects them with charitable organizations in a community.  Without disclosign their wealth, they volunteer for and learn about these organizations.  At the end of the show, they reveal their truth selves and their wealth and donate large amounts of money at their discretion to each of the charities.  All around it's a feel good REAL reality show and we've always felt inspired by watching.

Within the first five minutes of the show it was clear we were in for much more of an emotional journey with this particular story.  The internet millionaire, husband, and father of five shared that four of his children they were able to keep on Earth.  Through tears, he relayed the story of the phone call he got from his wife near the due date of their son that "there was no heartbeat".  As soon as he uttered those words, the tears convulsed out of me in a way I have not felt for YEARS!!!  My husband too felt the diluge and had to leave the room, spilling tears of his own.

I stayed paralized in emotions throughout most of the episode through the visit to an organization that took care of children with special needs, offering training classes, and equipment.  One particular child lives with Cerebral Palsy and the center made him a sensory tent out of ordinary objects which immediately got in and adored!!

The boy's father stole away in tears, tears of happiness, pride, and I am sure gratittude.  When the Secret Millionaire sat down with him, the father explained that, like the SM, he worked too much to be ab le to provide for his family and the needs of his son.  He didn't get to go to the center to watch his son discover basic life skills like is wife did.  Seeing his son in the sensory tent in their home and the happineness it brought him gave him pride in all his hard work, that it is making a difference yet he wishes he didn't have to work so much so that he could see more moments like this.   The Work-A-Holic Secret Millionaire could relate, before the loss of his son and amost losing his own life in a span of 4 months, he too worked too much and missed out on the wonderful wonders of life.  The part that got me again, was watching and listening to him relating to now be able to see all of the new things his son was doing because he was working.  It left me wondering if he was only talking about his living children...

Towards the end of the episode, the modd lightened and miracles were being performed both in the charities and in the SM.  I was able to peel myself off the couch and enjoy watching three charities receive large sums of donations from him.

After the episode ended, I was forced to think about the emotional hurricane that had just rocked my entire being for the last hour, to be honest I wasn't sure it was over.

In talking with my husband later I learned that he thought it juts triggered my heartache over our son.  Maybe so, but what touched me even more was a father speaking openly, using all emotions, unabated for hte whole world to see.

Throughout this grief journey, the majority of my contacts and conversations have been with Angel Mommies and only then do I get the rare accounts of their partners' pain.  Hearing these accounts second hand pulls at my heart strings yet seeing a father speak on the loss of his child with raw emotion and no holds bar collapses everything I am used to in hte grief world.  I have seen my husband's pain for the last three years, I am familiar, often engrossed in the muddy emotions that losing a son leaves a daddy with.

Through the years his emotions have changed, they are still there but present themselves in a different capacity.  Seeing this father share his story with the world brought me back to the silent tears my husband would cry over his son becuase there was not sound, word, or utterance needed when the pain is that great.  The Secret Millionaire's openness brought back the raw emotion of loss, deep in the wound, though life covers it with scabs and scars.

I guess until that point I got the idea that Angel Mommies bare the brunt of the emotional journey of losing a child, not to say that Angel Daddies don't feel the emotions too, but since the Mommies are usually the only ones that are vocal and social about it, I always thought we Mommies needed to talk about it more.

I am proud of him for sharing his tragedy with the world and bringing a father's voice to child loss, although I know that was not the point of the show...I now have more respect for and will search harder for an Angel Daddy who speaks.
Posted by mysharona76 at 10:04 AM 1 comment:

It amazes and surprises me sometimes the little things in life that remind you of the big picture of life.

Case in point, to the left of my blog are my children's time tickers from Lilypie.  Trey's tracks the time since we lost him and Lorelei's tracks her age as she grows.

Last week I tried to update Lorelei's ticker to track her progress towards her 2nd birthday, as her first year ticker had timed out.  It's funny as I think of her timing out and Trey's continuing, isn't that ironic???  Anyway, I created her new time ticker but when I went to add it on my blog, something was not working and it did not transfer right.  WHAT?!?!?

I guess it's peaceful to relate the consistency of Trey's Lilypie ticker, things will always be the same for him, Heavenly Peace.  Alternatively, the ticker tracks days we miss him and everyday another day is added.  There's never a countdown or an end result or a new ticker to create.

Lorelei continues to move through the stages of her life, including her first birthday, and I find it ironic that I had trouble creating a time ticker for my living child.  The creation is easy (and fun) enough, even exciting that I am able to do this for her, yet when I proceed to put it on my blog apparently there are some "details" I have to fill in, I have no idea what that means...there ARE no details except that my baby is a live and I want the world to see how much she grows.

Today when I tried it again, the same thing happened so I tried to copy and paste the HTML but when I clicked on it I was presented with the message "file not found".  It's interesting to think that it takes SO much more emotional energy to grieve the lost of a child than raising a healthy baby, yet it takes more energy to create a freakin' widget for my child who is living than to keep up with the widget of the son that I miss.

Maybe I need a widget to manage the obvious, ironic, and far reaching connections in my life. I wonder how much effort that would take?


Dear child, I know you are sad you let go of your balloon,
But an angel in heaven will be receiving it soon.
A child like you taken too early from this place,
Can you imagine the smile on his face?
He will look down from Heaven, his home in the clouds,
He'll get so excited waiting to catch it and feel proud.
Though you will have a lifetime of balloons with which you can play,
While angels up in Heaven can only pray,
That a sweet child like you will release such a treat towards the sky,
Though they know you hold onto them as hard as you can try.
Angels smile as they watch you live and play,
They wish they could join you each and everyday.
Yet they can only observe and wish that they could be,
A child like you who can play in this life endlessly.
So sweet child, cry not for your balloon,
Smile for the angel that will be catching it soon.

For BOTH of my children

You Are Always in My Heart


for creating these hearts for me! Check out her event on FB 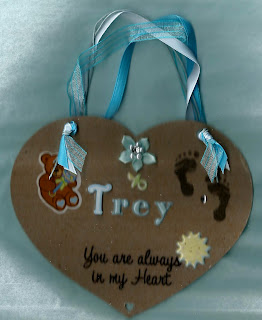 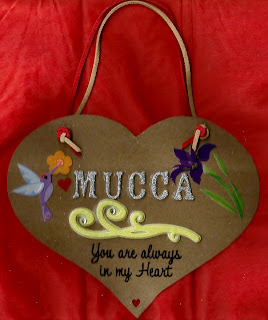